I thought it was time I made myself another messenger bag, and I’m sure that Amber read my mind, as she posted a tutorial for a messenger bag with a zipped pocket. 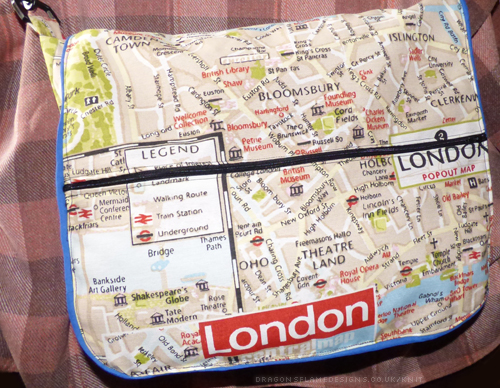 I wanted the fabric to be different to my previous bag, and this London map fabric stood out in the shop. The lining is a red polycotton, with some blue polycotton and piping around the edge of the flap.

I deviated from the pattern, and added a lining to the front flap pocket, so it doesn’t have any visible raw edges (and fraying ends). The red works brilliantly in there as well, and the pocket edges are just caught into the flap seams, so the pocket is full sized. 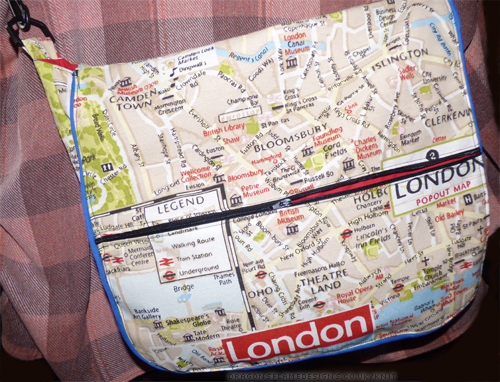 Because a map is obviously directional fabric, I did have to add a seam at the top so that the back and flap could both be the right way up. It was worth the extra figuring out though, as if the map was upside-down, it just wouldn’t have looked right! 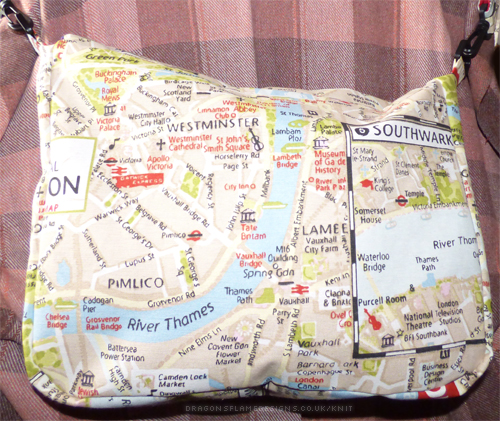 I think if I make another one like this though, I would probably change the front zip pocket slightly, and not have the zip reaching the end seams. That would give it a neater finish, and would also lose some of the bulk in the seams at that point.