In the run up to my Mum’s birthday, I was trying to think of something I could make as a present. I’m not confident enough to make clothing for her, and she didn’t need a new bag – so what could I possibly make her? I did notice, however, that she was using a reporter’s notebook, which gave me the idea of a new notebook folder for her. The original one I made was on Mum’s sewing machine, and proved a struggle to sew through all the layers of fabric. The second one was easier, although I still used non fusible wadding, so I had to quilt the inside cover.

This time, I was determined to follow the pattern (almost) exactly! I used two fat quarters, a small amount of dress lining fabric, and some fusible fleece, so there was no need to quilt the inside cover. 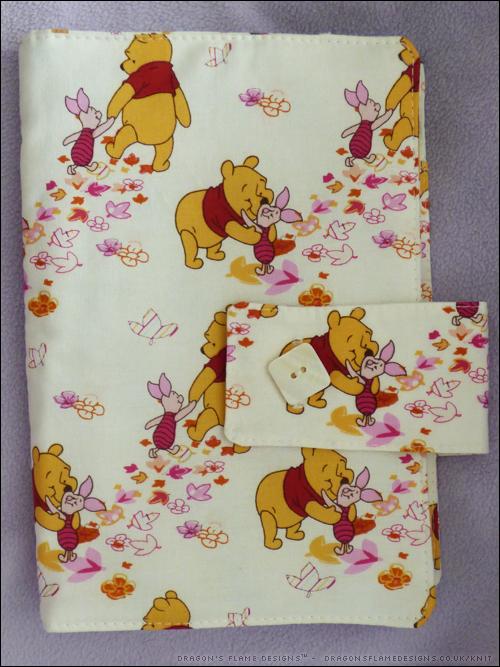 I ensured the button and strap were the right way around this time, as the first attempt had the strap on the inside of the cover, with the seam allowance sticking out… rookie mistake!

I left out the pen and card holders, as Mum prefers to keep her pen separate to the folder, in case the pen leaks. 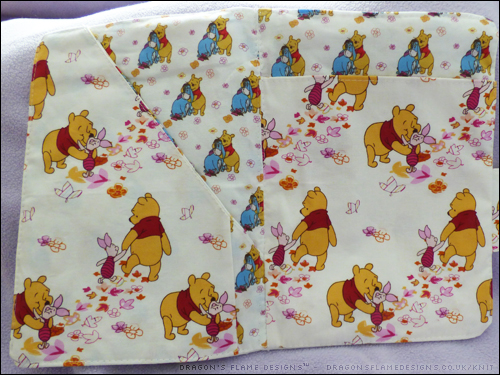 I cheated on the inside of the notepad pocket, as it seemed a waste to use a fat quarter when you weren’t going to see the pattern. So I used some cream dress lining fabric instead. 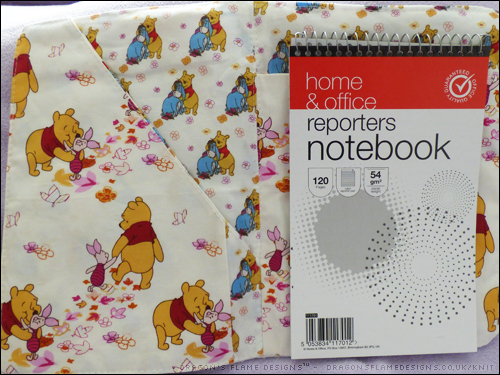 The angled pocket was slightly wider than the fabric I had left over, hence the small piece of the second fat quarter in the right corner. But rather than that looking like a mistake, I think it just adds to the quirky appeal of the folder.