I just realised that I’ve not updated my blog with my older knitted creations, so without further ado, here they are…. *drumroll* 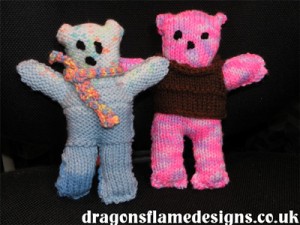 The first two standing bears I ever knitted…. and as you can tell, I got in a mess with which row was a knit and which was a purl on the blue one. 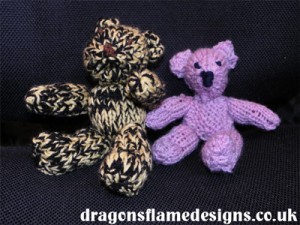 The purple bear was the first sitting bear I completed, and was actually stuffed with wool, rather than toy stuffing. The “wasp” bear was from the same pattern, but using two strands of wool 🙂 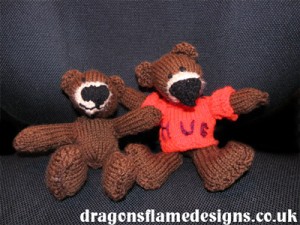 A different pattern again, meat Kadbury and Luke 🙂 Luke (the one with a sweater) was made for a friend. 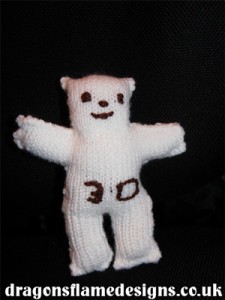 What better way to celebrate a friend’s 30th birthday, than knitting them a plushie? Ok, the “30” stitching wasn’t great, but it was the first time I’d tried stitching numbers 😛