Well, the showerproof jacket is not 100% “finished” as I haven’t added a hood to it, but it’s 90% finished and wearable, so I’m counting that as no longer being a UFO! I ‘hacked‘ the Blank Slate Patterns Shoreline Boatneck to make a button-up shirt, and had the idea of making a showerproof jacket to wear on the allotment.

Sewing with ripstop gave some unexpected challenges though, as it slips around even more than fake fur when you’re trying to sew. I couldn’t pin unless it was within the seam allowance, as the pin holes were challenging and sometimes impossible to get rid of afterwards, so it took a lot of slow sewing and careful pinning to achieve.

The front closes with velcro, so it’s possible to do it up (and undo it) with gardening gloves on. 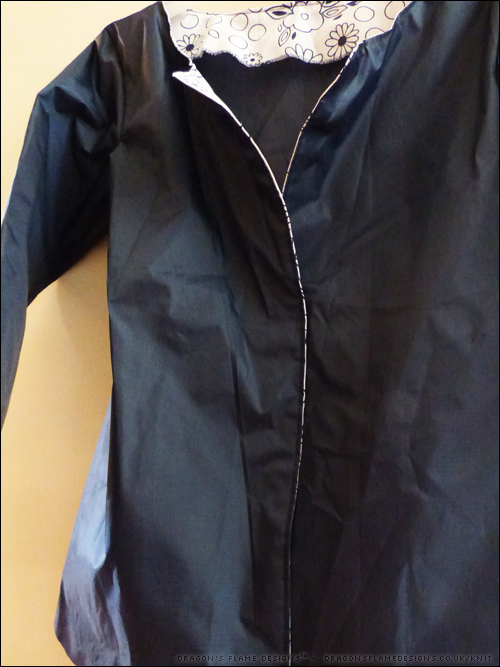 Eventually there will be a hood that will attach with velcro on the neckline. I decided to make the hood detachable for ease of sewing…. mainly because I was uncertain how to add the hood onto a jacket that had a facing. But it should also make the jacket more user-friendly when it comes to washing it. 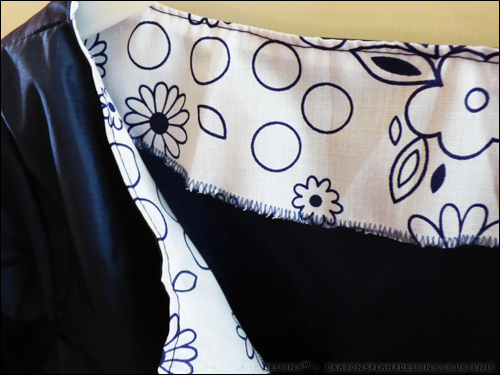 So far I haven’t hemmed the sleeves or the base, partly because I wasn’t too sure how long I wanted the sleeves to be, but mainly because I don’t think ripstop will run, so there isn’t really much need to hem them.

The ripstop should be showerproof (although I know if I get caught in a deluge, I’ll still get wet), and hopefully any mud or soil should just be able to be sponged off.