You’d think that with a blog called Dragon’s Flame Designs, I would have sewn several dragons already. But while I’ve sewn lots of bears, I’ve never tackled a dragon…. until now! I’m reliably informed that K likes dragons, so Yoki Dragon looked like the perfect early Christmas present for him.

I thought the original size might be a little fiddly to sew, so I scaled the pattern to 150% before printing. I’m using some red clothing fleece rather than minky, as I think it’ll stand up to rougher play.

So far I have the head sewn, and you can just about see the dragon shape starting to emerge. 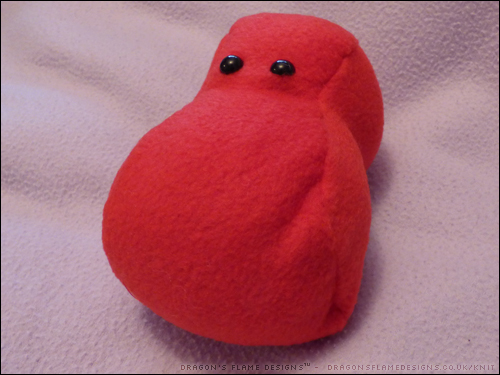