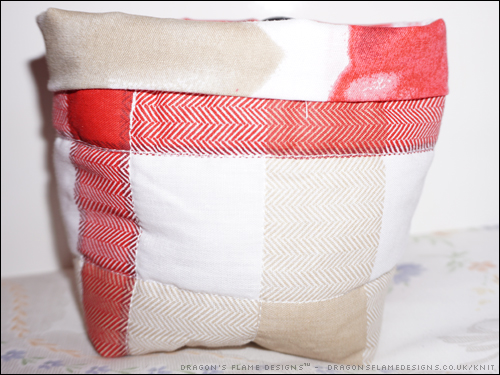 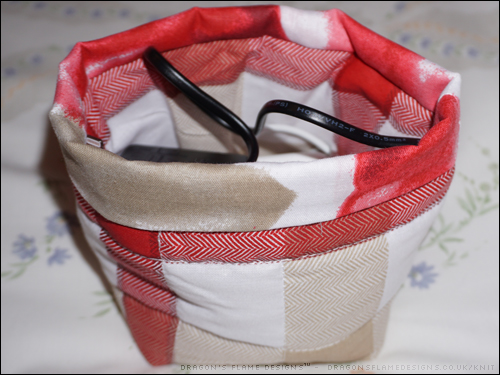 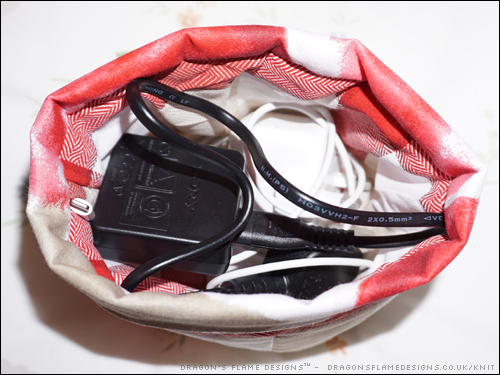 Ever since I was given a Lush bubble bar for my birthday a year ago,  I’ve developed a bit of an obsession with things from Lush. My main trouble though, has been where to put everything; there’s a limit to how well you can stack bath bombs, pots of hand cream and shampoo bars, especially when the Lush packaging is mainly paper bags – that isn’t ideal for a damp shampoo bar!

My room’s colour scheme is purple and silver, so I didn’t really want to buy a basket to put them in, as it’d be guaranteed there wouldn’t be one that was quite the right size or colour. I did however find some really nice purple cotton fabric in the sale, and with the tutorial from Delia Creates, I was able to make a basket that not only fits the products, but also looks much better than a pile of bags and pots on the surface! 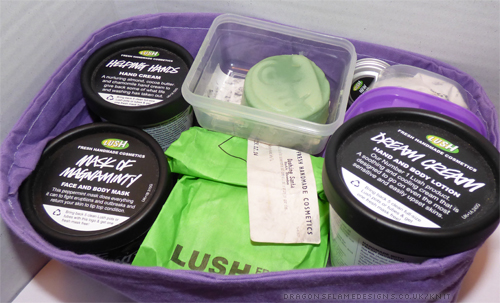 I found a few plastic containers in Poundland (these easily house a shampoo bar) and which work perfectly for storing my shampoo bars, conditioner bar and also pieces of soap. This basket is the perfect size for those, a few pots of hand cream, and also a bath bomb! 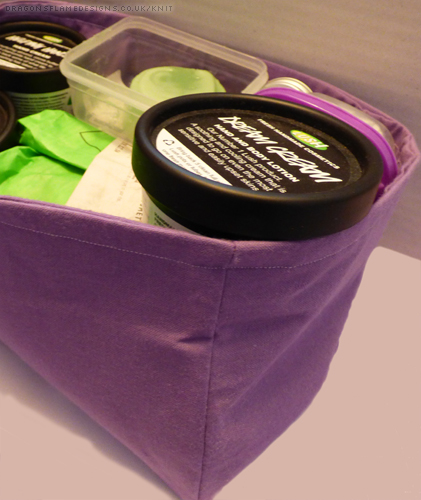 To stop the purple looking a bit too heavy, I did the top stitching in white to lift it a little. Silver might have looked better still, but I didn’t have any suitable thread. I decided that the handles weren’t really needed, so I left those out. The basket is washable and also fully reversible – if any of the Mask of Magnaminty ends up on it, it’s not the end of the world!