sewn a vintage-style garment before, but when I saw the BIG Vintage Sew-along advertised online, I decided it was worth trying.

I picked a vintage inspired shirt: Butterick 6217, which seems to fit me more accurately than the other tops I’ve tried making so far!

I made a version from a duvet cover to start with, but that was way too big across the chest, and also a bit too low – verging on “indecent” to wear outside!

So this is the sneak peek at my second attempt, made from some fabric I bought in a remnants pack. I took off an inch at the shoulders on the front, adding it back onto the base again, and that seems to have resolved the too-low V-neck problem. I just need to get the buttons attached, then I can get some photos of it actually being worn. 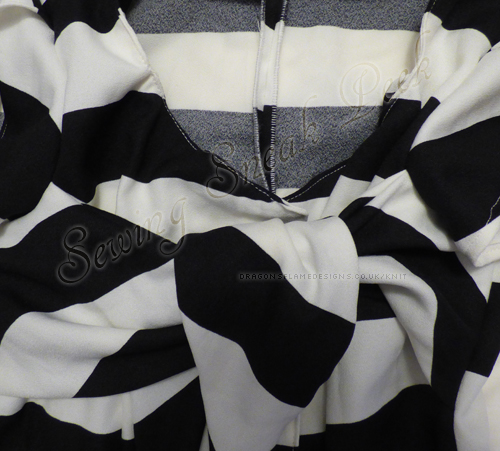