Following on from Leopard Bear, I had also bought 50cm of some longer pile fake fur – this had been sitting in a box for a few weeks, while I plucked up the courage to try cutting out the pattern pieces. 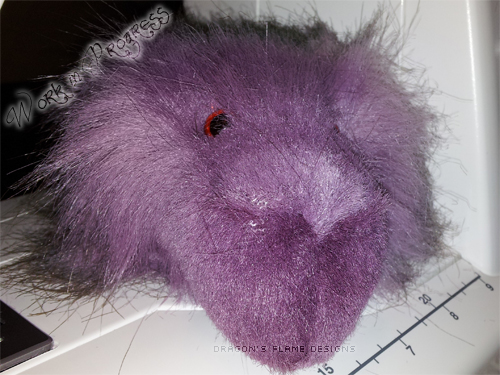 Rather than using the same pattern, I found a different one for this bear. The muzzle is longer (this one doesn’t have a chin), but I want to try something even more challenging for this bear – an open mouth! So far I have the head made and trimmed around the muzzle, in readiness for the lower jaw and nose.Once I’ve tackled that, I can add in his ears, then work on the paws! 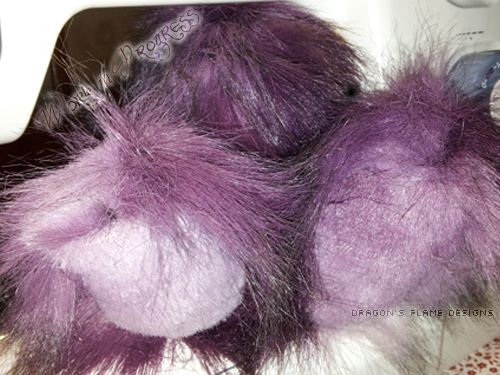 This fabric sheds even more than the black did, but I hope that once the bear is completely stitched up, that he won’t shed any further!