I had fully expected this floppy sun hat to also be a flop, but much to my utter amazement, it actually came out better than that! 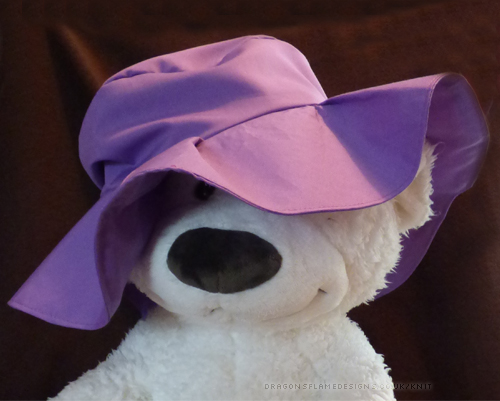 It’s a pattern previously recommended by Love Sewing magazine, but the link they have to it no longer works 🙁

Luckily for me, my head measurements are identical to the person who wrote the pattern, so there’s no maths involved. I bought a metre of purple polycotton and some heavy iron-on interfacing (the previous hat pattern used sew-in interfacing which I found was too easy to rip as I turned the brim out). So far so good; the hat only cost me about £5 in supplies, but now comes the hard part – the sewing!

The lining is sewn more like an interlining for this hat – the seams are visible on the inside. That was great practise for faux overlocking, as the standard zigzag foot results in a tunnelling effect when I use it on the fabric edges.

Attaching the brim was an interesting process, as I had to add in a few pleats to make it fit…. but that was actually part of the pattern, so I didn’t feel I had made a mistake there. 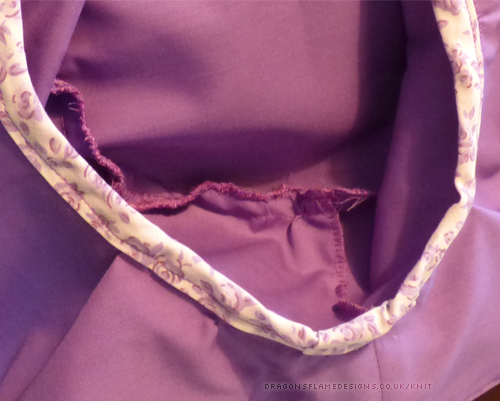 I chose to add a bias binding trim over the faux overlocked seam edges where the main hat piece meets the brim – it’s not something you should be able to see, but it should stop the seams irritating my forehead! 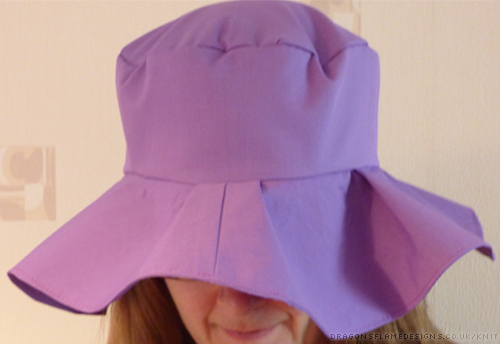 Overall, I think I’m actually quite pleased with this hat – I could do with adding another layer of interfacing on the brim if I make another, as the brim is a little too floppy for my liking. However, it fits (yay!!), so I’m happy with this one 🙂 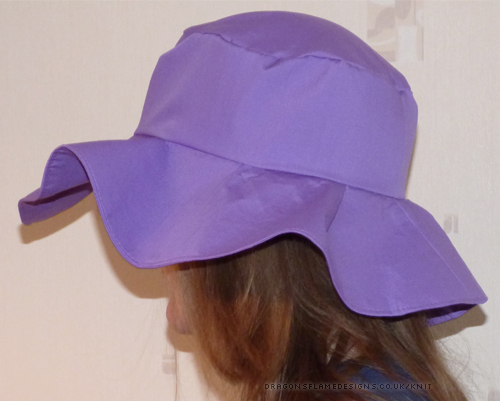