I wasn’t entirely convinced that I would get this dress finished in time, but after a lot (and I mean a lot) of unpicking and resewing, I finally have a finished dress!

I went with the idea of using two different fabrics to show off the different pieces of the bodice, and chose a combination of two animal print satin fabrics from Minerva Crafts. The fabric was so sleek and had such a great feel, I also made a small shawl to go with it. I quite liked the semi-frayed look of the selvedge edge so I kept that on the shawl edge. 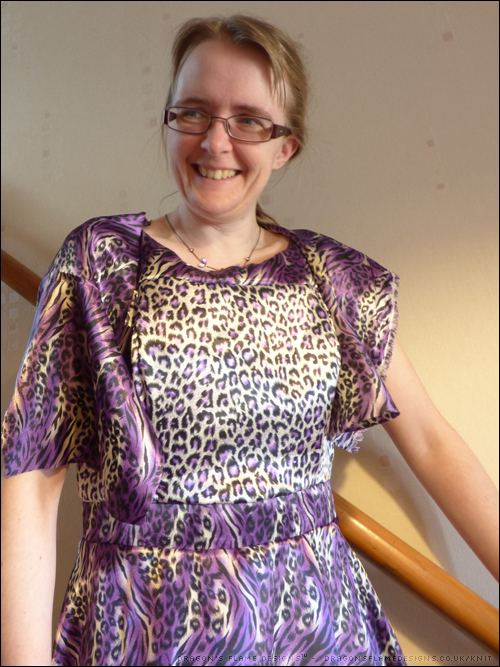 Originally I had aimed for the yoke and waistband to be in the leopard print, with the rest of the bodice in the tiger print, with the opposite on the lining. However, after a few mistakes, I ended up swapping the lining and main pieces, which thankfully went much better. 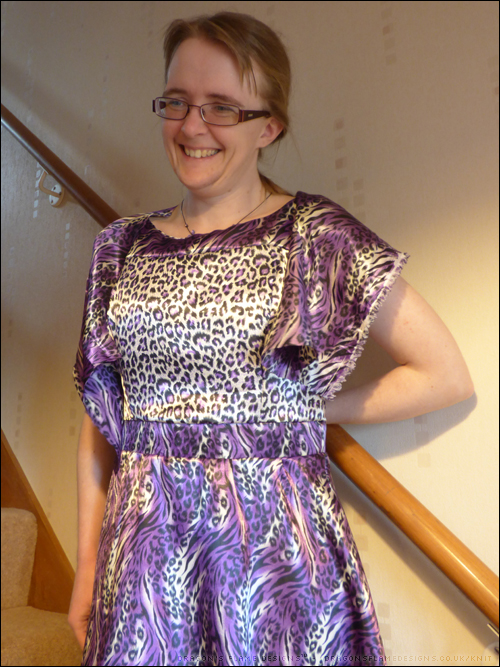 I would use satin fabric again, but only for a top – I don’t think my sewing skills are quite up to the task of tackling another dress in such a temperamental fabric just yet. I would try making another dress from this pattern though…. but out of polycotton or cotton instead.

But this has challenged me to make a dress I probably wouldn’t have attempted, out of a fabric I usually would avoid…. and I’ve got a dress out of it, so I’m happy!